There are numerous places on the planet where you can find beautiful women and it becomes hard to rank top beautiful lady. But on this list, we are going to look at Japanese women.

If you want to know who are the most beautiful women in Japan, then you are in the right place. We have listed these Japanese women on the basis of their beauty, success, and popularity.

Rio Yamashita is a fashion model and actress born in Tokushima Prefecture, Japan. Some of her popular movies are Kinoshita Keisuke Story, Rises Up, The Flower of Shanidaru, etc. Rio recognized as one of the most beautiful Japanese.

Yukie Nakama is a singer, actress. Yukie was born in Okinawa, Japan, and belongs to a fisherman’s family. She started her career as a gravure star and soon made her way into a singing career.

She has been won some prominent Japanese drama awards such as Best Actress for Gokusen in 2002.

Reon Kadena is a glamour model and actress. Reon is bold and one of the hottest Japanese woman alive.  Some of her popular  TV dramas and films are Jyouou, Kamen Rider Ghost, and  Kamen Rider × Kamen Rider.

Also, See – 10 Most Beautiful Female Singers in the world

Nozomi Sasaki is another Japanese glamour model on this list. After completing nearly 7 years as a fashion model, she has turn into a gravure idol and main ringside spokesperson for the mixed martial arts competition Dream Fighting Championships as well as the kickboxing competition K-1 World Max since 2009.

Mao Inoue made her debut in the world of acting at the young age of just 5 years old. She has a successful career and won many awards for herself including one for “Best Actress” in the 47th Television Drama Academy Awards.

Gintama movie actress Masami Nagasawa is in the third place in this hottest Japanese actress list. She was born in Iwata, Japan. She debuts in the movie Gunjo which was a big success for her career. Masami has received several awards including Japan Academy Prize, a Mainichi Film Award, and a Blue Ribbon Award for outstanding acting skills.

Maria Ozawa holds the 2nd place in this list of beautiful Japanese women in the world. By profession, she is most of the most popular Japenese actress and model. She is also famous by her other name “Miyabi” in the time of her modeling.

Keiko Kitagawa started her modeling career at a very young age and gain a considerable amount of fame in her initial days. She appeared Japanese comedy movie Mamiya Kyodai, Dear Friends, and Cheery Pie. Besides that, she has been also appeared in several Hollywood films Handsome Suit and The Fast and the Furious: Tokyo Drift.

She has topped this list of most beautiful women in Japan in 2020. 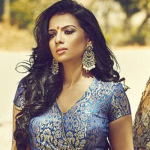