Punjabi actresses are some of the finest Indian beauty. Punjabi films are getting popular worldwide and one of the prominent reasons behind the popularity of Punjabi cinema is noting but their beautiful actresses. Peoples are getting interested to know who is the hottest and most beautiful actress in Punjabi movies.

Here is the list of the top 10 most beautiful Punjabi actresses of the current on the basis of their beauty, popularity, and success.

Wamiqa Gabbi is the 10th hottest and most beautiful Punjabi actress on our list. She has worked in Punjabi, Hindi, Malayalam, Tamil, and Telugu films. Wamiqa made her screen debut in the Hindi film Jab We Met in 2007

Ginni Kapoor started her journey in the Punjabi cinema with Punjabi music videos. She is famous as the “Dimple Girl” of the Punjabi industry.

Neeru Bajwa is the 8th most beautiful actress on our list. Neeru started her career in 1998 with Dev Anand’s Bollywood film Main Solah Baras Ki and then moved on to working in Hindi soap operas and Punjabi language films.

Navneet is a former Miss World contestant.  She started her career in the Punjabi cinema back in 2016 with the movie Loveshhuda.

Multi-talented Sara Gurpal is a model, actress, and singer who has gained huge fame in the Punjabi film industry. Sara’s first debut was in Ranjit Bawa’s Song, Jean which was super-hit.

Her debut in the Punjabi cinema was in ManjeBistre. She is very popular among the Punjabi viewers and has a great fan following on social media.

Ihana Dhillion is one of the most beautiful actresses in Punjab. Ihana started modeling as a career and then stepped into the film industry with the Punjabi film “Daddy Cool Munde Fool” in 2013.

She gains popularity all over India with her Bollywood movie Hate Story 4.

One of the finest actresses in Punjabi cinema. Sargun has worked mainly in daily soaps and gained huge popularity among the viewers.

She made her debut in the Punjabi cinema with the film Angrej in 2015. Her finest skills in acting make her stand at 4th position in our list.

Surveen Chawla is a talented actress she is popular among Intrnetion fan too. Chawla started her career in the entertainment industry through television soap and slowly made her way to films.

Her debut film was a Kannada movie “ParameshaPanwala”, later in 2008, she did her Punjabi film debut with “Dharti” in 2011.

Sonam Kaur Bajwa is one of the sexiest and hottest Indian models and actresses in the Punjabi entertainment industry. She also worked as Air Hostess, her debut film was “Best of Luck.”

Sonam was even nominated for the best actress in PTC (Punjabi Cinema Awards). Sonam Bajwa is the 2nd hottest Punjab actress on ou list. 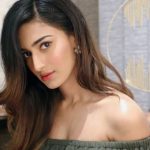